What is Liquid Cooling

How Does Liquid Cooling Work

What is Liquid Cooling? Is it Just for the Data Center? Why is it So Popular? 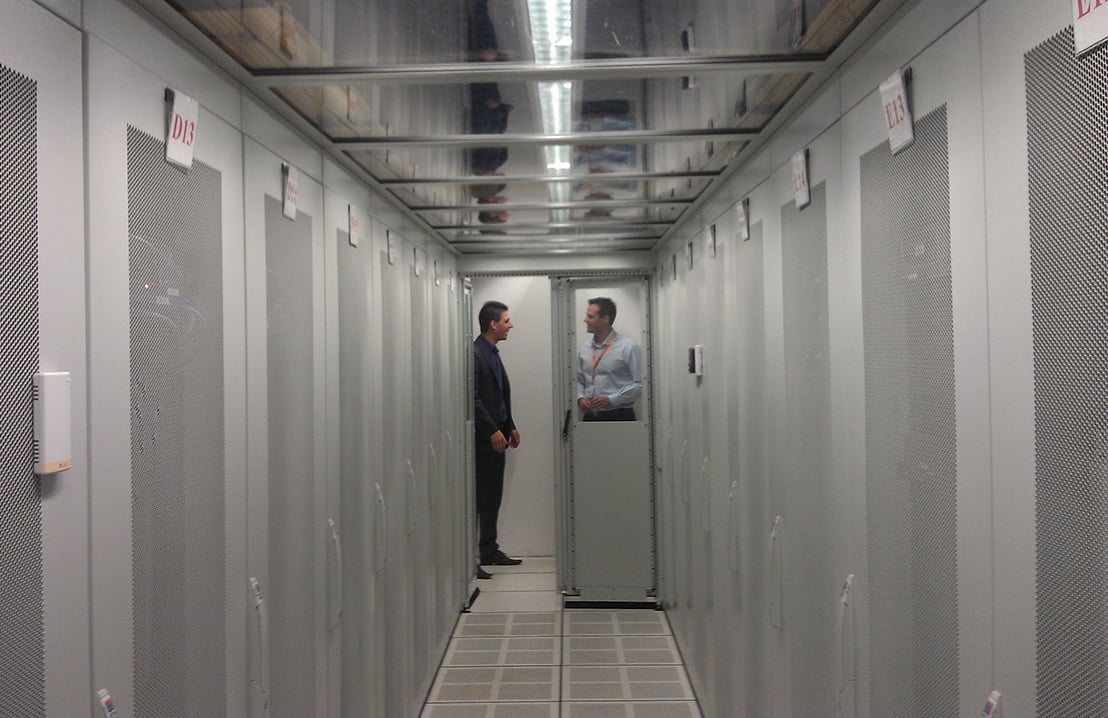 According to a 2020 survey conducted by Information Technology Intelligence Consulting, a single hour of IT system downtime could cost an organization $300,000 or more – much more. The fear of system failure is motivating many IT Managers and data center Facility Managers to search for better heat-removal solutions than the traditional air-based method.

Today, as processor capacities and densities increase at the board and chassis level, many end users are turning to liquid cooling to support the higher thermal densities associated with these new systems. The U.S. Department of Energy (DoE) touts liquid cooling as having the benefits of higher compute densities and higher efficiency, saying, “As heat densities rise, liquid solutions become more attractive.”

In a 2019 survey by 451 Research, 45% of companies surveyed said they expect to see an average density of 11kW per rack or higher at some point in the near future. This represents a dramatic increase since 2014, when only a small percentage of data centers reported densities beyond 10kW. According to the DoE, traditional air-cooled systems only allow for rack power densities of 1kW–5kW, with a well designed system maybe 10kW–12kW per footprint. The various liquid cooling solutions can support rack power densities in the 5kW–80kW range, with some even pushing the 100kW threshold.

Finding better heat removal solutions is not just about adequately protecting the equipment; with as much as 40% of all energy used in some data centers going directly to cooling, greater efficiency also leads to dramatically reduced operational costs.

Unlike air-based methods, where massive amounts of cold air are mixed with the heat rejected from equipment to achieve the appropriate room temperature, liquid cooling is targeted to the sources of heat, reducing wasted energy. In fact, liquid systems require 80% less air flow, significantly reducing fan energy. Targeting makes liquid cooling ideal for preventing data center hot spots, too; the cooling system can be incorporated into a single enclosure (cabinet) and set to cool as needed.

You can learn more about the features and benefits of liquid cooling by reading these helpful resources:

YOU CAN LEARN MORE ABOUT THE FEATURES AND BENEFITS OF LIQUID COOLING BY READING THESE HELPFUL RESOURCES:

How Does Liquid Cooling Work?

Asking how liquid cooling works is a bit like asking what a dog looks like – it depends on the breed! “Liquid cooling” has become an umbrella term covering several methods of heat removal and climate control. Liquid cooling also defines the installation, from the Hyperlocal Edge to the Hyperscale high density deployment. Among the key differentiators:

Each method addresses specific needs and challenges, where one solution can be better suited to different thermal loads and infrastructures than another.

All liquid methods share one critical characteristic, though: unlike air-based methods, they bring the heat removal much closer to the source. Some, in fact, take cooled liquid directly to the chip (called “direct to chip” cooling), and some submerge IT equipment into a bath of fluid.

Row-based cooling: Cooling units are placed directly within the row and may cool one or several enclosures. Hot air is drawn away from the IT appliances, cooled and returned back to the hardware.

Rack-based cooling: Cooling is placed directly in the enclosure. A fan and heat exchanger create their own ideal environment within the enclosure, independent of other racks. Heat does not escape into the room and cooling is controlled so that racks expelling less heat use less coolant. Extremely high heat loads can be efficiently cooled using this method.

Row-based and rack-based systems can be further defined by the airflow paths through individual footprints or in and around a row or rows of cabinets:

This is a very basic explanation of what are sophisticated technologies designed to maintain optimum climates (and minimize downtime) in everything from large data centers to companies that have a few on-site racks. There are several liquid cooling methods and configurations available, each with unique benefits for different needs.

Learn more about the liquid cooling options available today and how to identify the right one for your needs by reading these resources:

There are a number of benefits that make liquid cooling the best choice for higher density installations – and the only solution for high density deployments at the Edge. Organizations of all sizes – from those with a single rack to enterprise data centers – are turning to these solutions to protect their IT investments because this method:

Learn more about the features and benefits of each design by reviewing these related resources:

LEARN MORE ABOUT THE FEATURES AND BENEFITS OF EACH BY REVIEWING THESE RELATED RESOURCES:

Liquid Cooling or Air Cooling – Which is Right for My Situation?

Air-based systems have long been the go-to for cooling IT equipment in both small deployments and large data centers. Recently though, liquid cooling’s superior efficiency has led IT professionals to switch to liquid, especially supporting next generation high performance compute applications.

Pressed to find some unused space to house its IT racks, some organizations believe they can achieve proper cooling simply using the building’s AC system. There are several downsides of this approach, three of the most obvious are these:

As discussed below, air-based cooling for larger environments is not much different in terms of drawbacks.

This type of cooling uses chilled water to cool the air in the IT space by computer room air handlers (CRAHs). Chilled water flows through a cooling coil inside the unit, which then uses fans to draw air from outside the facility. Computer room air conditioners (CRACs) work on the same principle but are powered by a compressor that draws air across a refrigerant-filled cooling unit.

Neither of these methods is energy-efficient but have been popular because the equipment itself is relatively inexpensive. And are best suited for low density (<10kW per footprint) applications.

Either system supports traditional/legacy raised floor cooling: cold air from a CRAH or CRAC is forced into the plenum of the raised floor. Perforated tiles direct the cold air to enter the space in front of server intakes. The air passes through the server and, now heated, is returned to the CRAC/CRAH to be cooled again. And with a change in airflow paths, can be deployed in non-raised/slab floor spaces as well.

Some of the fundamental problems with traditional air-based systems are:

Until recently, data centers had no other options for heat removal. But with developments in liquid cooling, many data centers are beginning to try new methods for solving their ongoing – and growing – heat problems.

Chilled water systems use liquids to absorb and carry heat from the hardware, but they do it using air, while using liquid to take that heat away – a much more efficient, cost-effective solution. According to the Center of Expertise for Energy Efficiency in Data Centers, liquid cooling helps reduce energy usage because liquids have a much larger capacity for heat than does air. Air cooling also requires a great deal of power and introduces both pollutants and condensation into the data center; liquid cooling is cleaner, more targeted and scalable.

Read more about today’s most efficient cooling systems, and to understand the long-term value of liquid.

READ MORE ABOUT TODAY’S MOST EFFICIENT COOLING SYSTEMS, AND TO UNDERSTAND THE LONG-TERM VALUE OF LIQUID.

Open loop and closed loop are two possible configurations for liquid cooling, and which is right for the data center depends on thermal loads and other factors:

In an open loop system, thermal loads are removed from the rack via an air-to-water heat exchanger. Cooling units are placed between server enclosures in the row to deliver cool air to the equipment. Aligned to the cold aisle/hot aisle orientation, cold and hot airflow paths in an open loop system are not contained inside the enclosures, going instead out into the IT space: heated exhaust air from the IT appliances is drawn in from the room or from the hot aisle at the rear of the unit, cooled and then directed to the room or to the cold aisle and the intakes of the components.

An in-line open loop system can support multiple racks with a wide range of IT equipment loads. When aligned with a cold aisle/hot aisle orientation, these in-row solutions reduce the mixing of hot and cold air, improving the overall efficiency of the system.

In the closed loop installation, hot air expelled by the equipment in the rear of the footprint is drawn across the heat exchangers to be cooled; the cooled air is then sent out the front of the unit and back to the servers. No air – cold or hot – is rejected into the surrounding space. A closed loop system becomes its own microclimate, as it cools only the environment within the rack and is not impacted by any ambient air (nor does it affect that air). Because hot and cold air never mix, heat removal efficiencies are significantly improved. A further benefit – airflow paths from hot to cold and back are greatly reduced, requiring even less fan energy.

Closed loop cooling systems are often used in space-constrained locations, in high density areas within large data centers to eliminate hot spots or to support traditional cooling systems in high density environments. Additionally, there is no need for an aisle containment, cold or hot aisles or, in a well-designed space, even room-based climate control systems. ALL thermal management is maintained by the closed loop systems.

To learn more about these and other liquid cooling configurations (and about terms like in-row, in-rack, close-coupled and others you might want to better understand), read these resources:

TO LEARN MORE ABOUT THESE AND OTHER LIQUID COOLING CONFIGURATIONS (and about terms like in-row, in-rack, close-coupled and others you might want to better understand), read these resources:

Much has been written lately about The Edge (and Edge computing), and for good reason: streaming services, self-driving cars, artificial intelligence, smart factories and dozens of other technologies are requiring more – and faster – data, and one of the best ways to achieve that is to reduce data latency by bringing computing closer to where it’s generated and used. Yet, bringing IT equipment right to the heart of things comes with several challenges:

Read more about Edge – what it is, where it’s headed and how it’s best deployed – by exploring some of these resources:

READ MORE ABOUT EDGE – WHAT IT IS, WHERE IT’S HEADED AND HOW IT’S BEST DEPLOYED – BY EXPLORING SOME OF THESE RESOURCES: 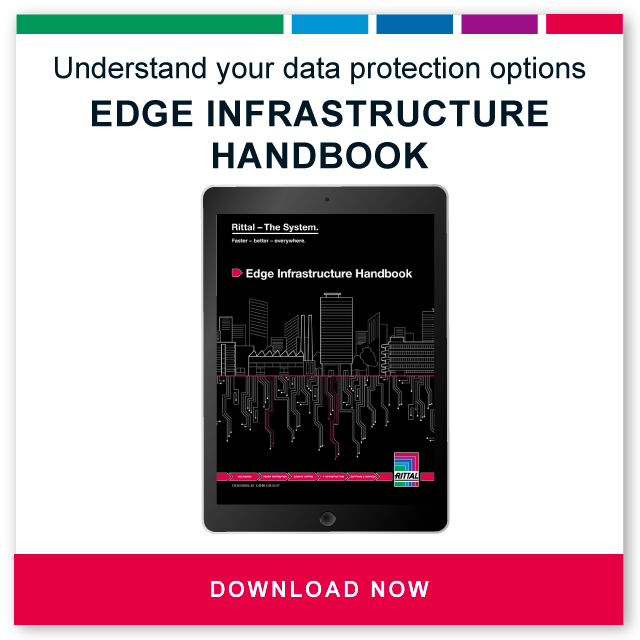 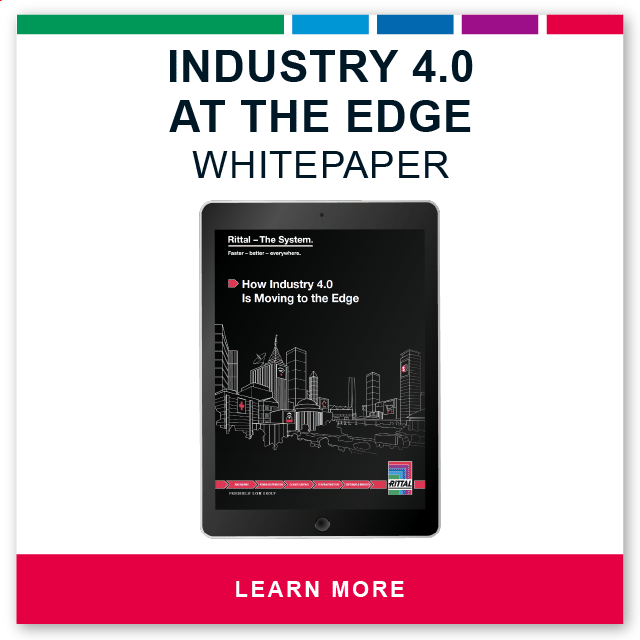 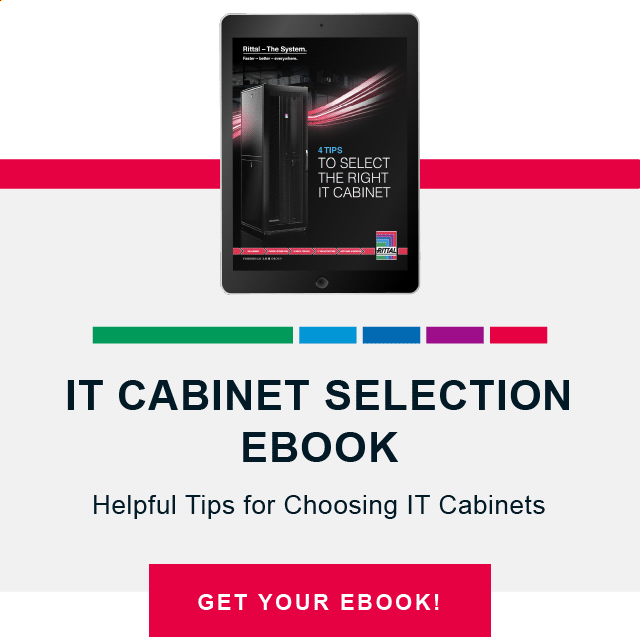 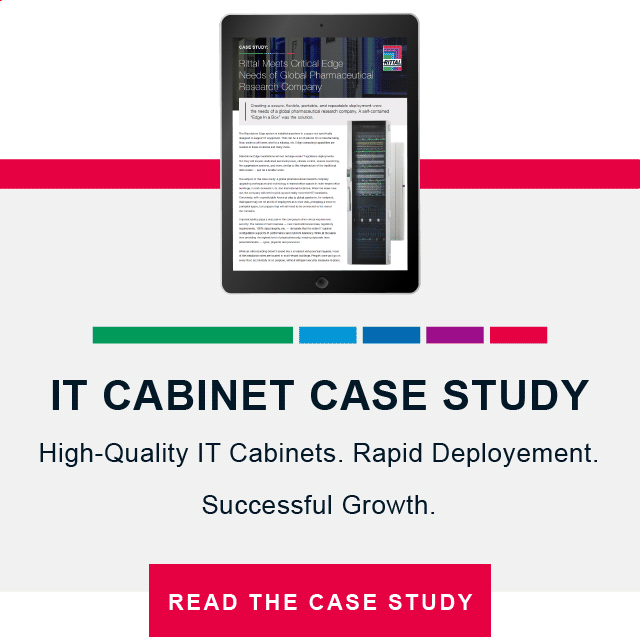 Continue your quest for highly efficient cooling by learning more about Rittal’s suite of solutions.